New Low: Chris Profits and Promotes Himself Off a Death

On February 27th, we lost a great cultural icon and amazing actor. Leonard Nimoy entertained the world for decades and will be greatly missed. Whether you watched him on Star Trek, Fringe, or even Kingdom Hearts, he was second to none.

Today, Bores posted a tribute video to him. Talking about how he met him at E3 one year where he was promoting Yoostar 2 (which Bores doesn't even remember the name of).
But that's not what I want to talk about. At the end of the video, he adds an endslate asking for people to subscribe! Holy shit! No! No! You don't talk about someone's death, then demand subscriptions. That is fucked up! He even has the gall to go "If you like what you saw here, please subscribe for more". Wow, way to completely destroy any possible emotion you wanted to build. I was going to ignore this video, but you had to screw it up!

In fact, it gets worse.
I disabled Adblock (I always disable it for people I like, don't worry to any of the video producers that read my blog) and... there was an ad. So not only did he tell people to subscribe at the end of the video, he monetized it. He is profiting off of Nimoy's death. I'd like to hear his new "friends" defend this!
I just... this is why I do it. He always finds a new way to sink lower.

Oh and if he tries to deny it by disabling ads. Yeah, I screen-capped it. 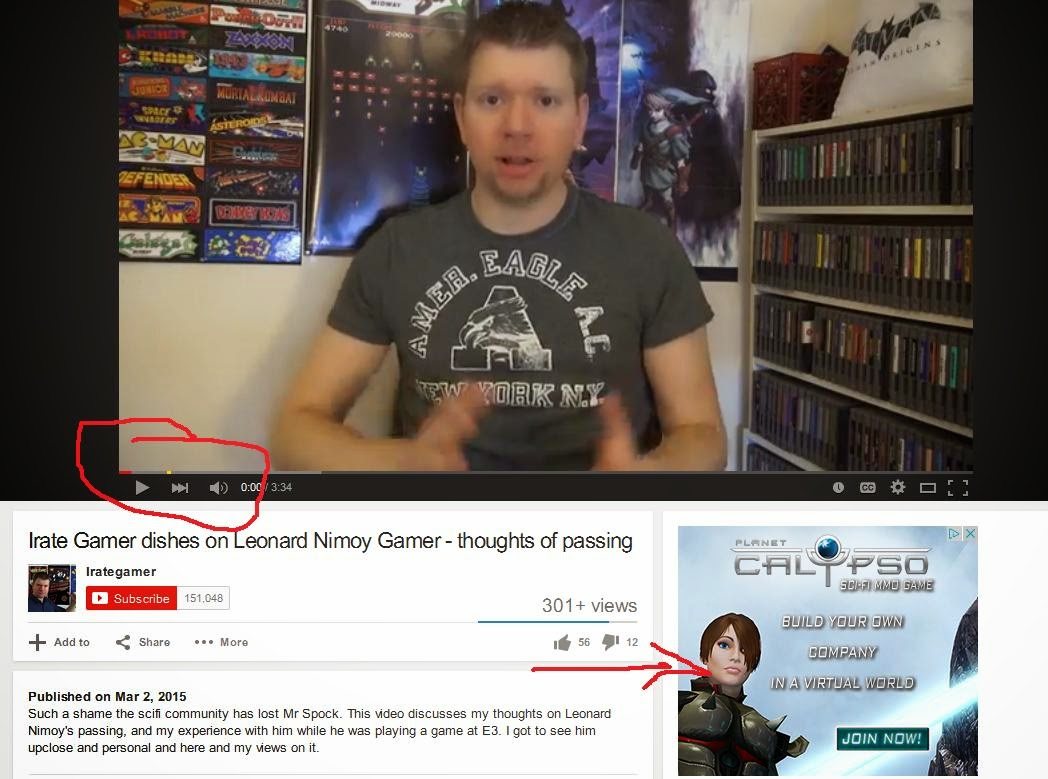 That really is just messed up.
Posted by BatDanNight at 6:19 PM